Improve your Spanish with Telenovelas!

Where to place them when there are infinitives, gerunds or command forms, in the sentence?

Before the verb? Which one first? The Direct or the Indirect Object Pronoun?

Some basics about Spanish colors nouns and adjectives.

¡Ah, Spanish prepositions! But don't worry, the answer is clear!

Learn about these three different Spanish words, their spelling and how to use them.

What is "diéresis"? When can we use it? This article includes the answers to these questions, and some examples.

What is the difference between Spanish "deber" and "deber de"? This article explains both uses and gives you some examples, so you can understand it. With quiz to review what you learn!

Más que? or Más de? Learn how to use comparatives and numbers in Spanish!

When telling the time in Spanish, is the form "Es las una." correct?

How would you translate "One more apple, please"?

García or Garcías? Learn when to use the plural of Spanish proper names.

What´s the difference between these two Spanish adverbs?

What is "polisemia"? Learn about Spanish polysemous words using examples.

Spanish tip of the month. Telling the time

Some important points on how to express time in Spanish. From ¿Qué hora es? to time abbreviations such as t, m or s.

Spanish Tip of the month. Cien or Ciento?

Learn to know when to use either ´cien´ or ´ciento´.

These four words (nieva, nieve, nueve, nuevo and nueva), being so similar, may sometimes be difficult to understand and remember, isn't it?

Spanish Tip of the month. Numbers!

Spanish tip of the month. Plural of 'hay'?

Can the Spanish form 'hay' be used in plural?

Spanish tip of the month. También and tampoco

Learn more about Spanish "también" and "tampoco", their translations and how to use them. Examples included.

Some notes, uses and spelling rules for "la hora" in Spanish.

Learn how to use Spanish prepositions "a" and "en".

Do you know what is the difference between "a donde" and "en donde"?

Spanish Tip. Prepositions EN and A

I thought I could tell you today about the use of "EN" and "A", as I noticed some Spanish language students find it hard whenever they try to use the right preposition. I know Spanish prepositions are sometimes difficult, but we have some clues on how to use the right one.

Doubts about how to use the Spanish pronoun "se"?

Learn about the use of capital letters in Spanish.

Do you know how accents rules work with Spanish compound words?

Adjectives qualifying two or more nouns at the same time. Should we use a masculine of feminine adjective in Spanish?

Some people, when using the second person singular of the preterite tense, they add a final ´s´...

So, what´s the difference between these two Spanish words?

Both "y" and "e" are translated as "and", and they are conjunctions.

Tip of the Month - Days and months are...

Masculine? Days and months?? Yes, that simple. In Spanish, both, names of months and days of the week always take the masculine form.

Tip of the Month - Detrás de ti or Detrás tuyo?

A lot of native Spanish think both forms are right, but, that´s not true. Let´s see why.

Using 'another' in Spanish. No indefinite article!

I guess you have sometimes found very (or quite) difficult to pronounce some Spanish words, specially if they are very long, that is, words with four or more syllables, right?

Learn how to conjugate Spanish Future tense (regular verbs) and don´t forget we have a new poll!

The answer is: Never!

Tip of the Month - Using 'abajo'

Learn how to use the adverb 'abajo'. Find some rules and examples to make it easier!

Tip of the Month - Using the verb Haber.

Haber can be used either as an auxiliary or as a verb meaning "there is" / "there are". What about plurals??

Tip of the Month - Verbs ending in -bir.

Which of the following verbs is correct? Escribir or Escrivir??

Tip of the Month - Words ending in -ción or -sión.

Talking about Spanish nouns (substantives), we already have a general rule: words ending in -a are feminine.

Tip of the Month - Words ending in -dad.

Their pronunciation is so similar! But they have different uses and meanings.

Tip of the month. False cognates

Learn more about "False Cognates", or "Amigos Falsos", words with similar spelling but with different meaning in both languages.

Do you know when to write a Spanish word with letter "g"? Or should you write a "j" instead?

Learn more about this Spanish language rule, and don´t forget to take a look at the poll! 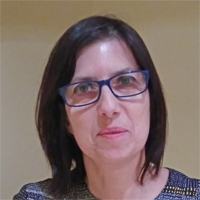 Do you have any QUESTION or comment about Spanish language? Do you want to practice your Spanish? Don´t be shy and post a message! A Bit Of Grammar And... Some Practice!

Site of the month. Italki.com